Give Towards Church Buildings

When a congregation lacks a permanent structure for worship, it can hinder an entire community from learning about God's gift of His Son. Believers and pastors are limited in their ministry opportunities due to lack of space to meet, and the community might not even realize a congregation is in their midst. In addition, to people who have practiced religion in a set-apart structure all their lives and who are careful to demonstrate respect when they do so, Christians worshiping without a dedicated building seem irreverent.

The answer to this problem is simple: build more permanent places of worship.

Just as national missionaries serve their people the way they need to be served—speaking their language and operating within their culture—worship structures communicate the glory of God to the people of Asia in a way they need to see it. When people see Christ's house of worship, they begin to respect Him, and the door swings open for them to seek Him.

“Now we can say, ‘Come to our church.’ Local people are very interested to know more about Jesus Christ.” —A GFA-supported pastor

A permanent building welcomes the community. Many religious seekers will view the building as open to the public and will feel welcome to seek answers and prayer there throughout the week.

These buildings also enable a variety of gatherings—such as VBS, gift distributions, special celebrations, Women's Fellowship gatherings, literacy training and more—that invest in the spiritual and physical condition of the community.

Support the discipleship of believers.

Worship centers are hubs of ministry all week long. They help facilitate discipleship activities for the believers and serve as sanctuaries for them to come and pray throughout the week. Worship centers also shield believers from obstacles they would experience if they gathered outside, such as rain, extreme heat and exposure to antagonists.

Watch Jason and Melanie see the impact of their giving as they visit the place of worship and the Jesus Well they helped provide for a congregation in Asia.

“It's really indescribable how I was feeling in that moment.”—Melanie 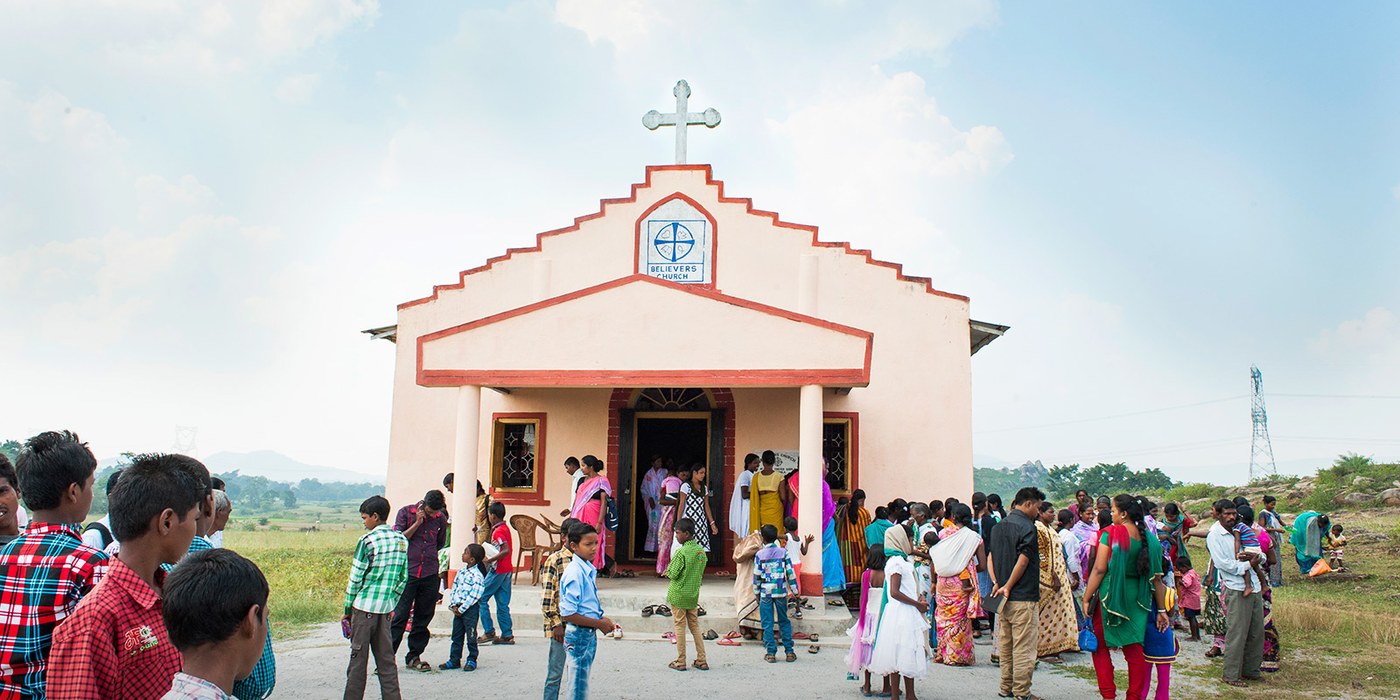 Pachai, a famous religious teacher in GFA-supported pastor Kamal's village, despised Christianity. When the construction of a permanent place of worship for believers began in the village, Pachai denounced it.

Meanwhile, Pachai's wife suffered greatly from frequent ailments. A headache constantly plagued her, she often felt weak, and she struggled with eyesight problems. Her illness weighed heavily on Pachai, and unable to help his wife, he fell into depression.

After the building was constructed, Pachai was traveling toward the market when he noticed the completed place of worship.

Pachai was desperate to see his wife get better. Though he professed to hate Christianity, he believed the Christians' God dwelled in the building.

“A church is the place where Christian people pray, and God will listen to them,” he thought.

He approached the building and went inside.

Pastor Kamal listened to Pachai share his struggles, and then he prayed for the distraught man's wife. Miraculously, the Lord Jesus touched her, and she was gradually healed from all her ailments!

Through this healing, the Lord worked in Pachai's heart, and as a result, Pachai came to know Christ. 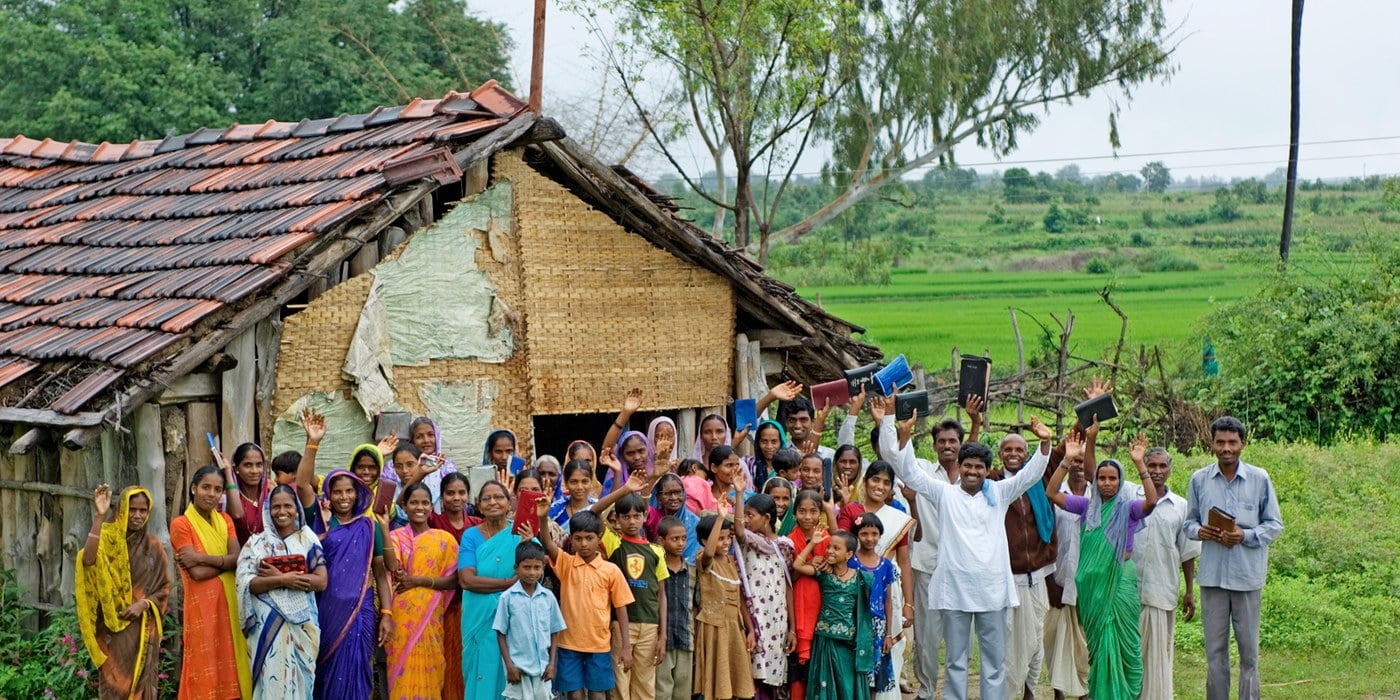 An Investment in the Lives of Many—for Eternity

In countries throughout South Asia, thousands of congregations don't have a church building. In order to help pastors disciple these believers and to give more people the opportunity to seek Christ, we need to build more permanent places of worship.

A Small Investment With Lasting Returns

In many places in Asia, a permanent place of worship—which will bolster ministry in the village for decades—can be constructed for as little as $61,600.

Since we built a permanent church building ... the opponents are not creating problems anymore. They are coming to Sunday worship services.—A GFA-supported pastor

Multiple factors affect the cost of a permanent building, one of which is the size of the structure. Some of the congregations we have built buildings for have, by God's grace, quickly outgrown their structure and have needed to build additions. In anticipation of this and to save on the cost of renovations, we've started constructing larger buildings that can seat up to 500 people. Other buildings, especially in smaller villages, do not need to hold as many people.

Construction expenses—the costs of materials, labor and land, if it isn't donated—also vary, depending on the region.

Our aim is to use resources as effectively as possible and to construct each place of worship with quality and an appearance that glorifies Christ. Read how this church building is used for multiple purposes. The first four months of Prasan Pinak's urban ministry were incredibly difficult. Some people insulted him, and everyone else ignored everything he said.

But one Sunday at 4 a.m., the Lord led him to rise, walk through the streets and pray for the people. "I believe that nothing is impossible in prayer. When we pray to the Lord, God will answer. That was my faith." Prasan has made his "prayer walk" through the city a daily habit. God answered his prayers, and now there are hundreds of believers worshipping in several different locations throughout the city. Prasan's main church building is a hub of activity all week long! Of course, there's the Sunday service, when people gladly walk from miles away to hear a message, fellowship, and pour out their hearts in worship. On Sunday afternoons, the youth meet with Prasan at the church for fellowship and Bible study. Prasan's wife, Renu, also has a heart for outreach. She leads a weekly women's Bible study in the church building. Women also come to the church to attend Renu's literacy classes. She feels it's important for ladies to be able to read and study the Bible themselves. Sewing classes are also taught at the church a couple of times a week. These classes are an opportunity for women to learn a profitable skill, hear about Jesus and better themselves. Even when the church isn't being used for classes, Bible study or other meetings, people often drop by to meet and pray with Prasan. They also linger after the Sunday worship service for payer. And in an urban setting, not everyone can get off work Sunday morning. So Prasan conducts evening worship services in several different locations each week. Often the roof is the only place large enough for them to gather! Another of Prasan's exciting ministries is a small school. Right now, the school meets in a rented building funded by the church's tithes. This school is meeting the basic educational needs of poor children whose parents can't afford government schooling. A new church building would allow prasan's ministry to grow further and also eliminate the need to rent extra space.

But though the church's tithes are enough to support prasan and his family and run the school, there is not enough left over to pay for the second building they so desperately need.

Give Towards Church Buildings 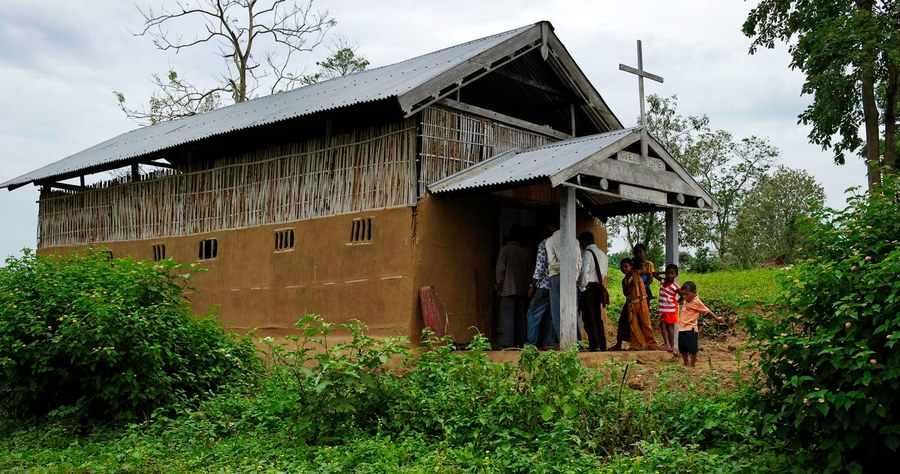 Donate to Build a Church Building

Places of worship equip believers in Asia to minister to their communities in more effective and varied ways. These permanent structures draw attention from the local community, and they also shield believers from antagonists and extreme weather. Help provide church buildings for the people of Asia.

Donate to build a church building